Since 1987, the island’s developable land has dwindled from 53 percent to 8 percent, while land held in conservation has nearly doubled to 60 percent.


Last month, the Land Bank and the ’Sconset Trust collaborated to purchase one of the last large pieces of developable land left on Nantucket. The 119.4-acre spread was recently on the market for $26.5 million. The purchase serves an invaluable purpose: It protects a huge piece of the island’s east end at a time when developable land is at a premium.

According to 2010 data, just 7.8 percent of Nantucket’s land area remains vacant and open to development. That’s down from 53 percent in 1987. A big chunk of that went to conservation, which grew from 34 percent to 60.8 percent. Also of note is the fact that since 1997 the percentage of developed land has remained steady, while the percentage of conservation land has swelled from 40 percent to over 60 percent. (see graphic).

On a 30,592-acrisland, 7.8 percent computes to about 2,400 acres. Tracts of a size similar to the recent Land Trust/Sconset Trust purchase are exceedingly scarce.

“There are a handful of maybe three or four large parcels that are close to the 100-acre size that are still available,” said Land Bank Executive Director Eric Savetsky. “All are presumably developable. They’re not wetlands, so they would be able to be developed into developments and be private. There are some smaller parcels in high-density areas, but the remaining large parcels are in the two- to three-acre zone.”

“What you’re seeing is redevelopment pressure on existing developed land, and it’s either through teardowns or increased density on existing parcels,” said Andrew Vorce, the island’s planning director. “I think you’re seeing some of that around Cliff Road where people are going toward minimum lot sizes.  I think there are a few vacant parcels, and the largest will end up going toward open space, [and] I think that there’s some areas where additional density and activity in the mid-island should be encouraged.”

What Vorce and his planning staff are doing to Nantucket’s zoning districts is essentially changing their densities and allowable uses to match evolutionary changes within these zones by their inhabitants.  One successful example is the replacement of the residential- commercial zones with zoning that fits how uses within these areas have changed over time. The more residential neighborhoods were rezoned residential only, and vice versa for predominantly commercial neighborhoods.

There was a time about six or seven years ago when the Monday night Planning Board meetings lasted several grueling hours. Nantucket’s development scene was raging like a four-day nor’easter in February.

The board’s biweekly meetings routinely featured more than half a dozen ongoing major commercial and residential development hearings.  More often than not, there were several preliminary or sketch plans for the five-member board to review, several approval-not-required plans to endorse and many secondary dwellings requiring consideration.

Big projects wending their way through the permitting morass included the Great Harbor Yacht Club, the Dreamland Theater, Black Fish Lane, the Harbor House, the Point Breeze Hotel, the Westmoor Club, Gingy Lane, the reincarnation of the Westender and the Island Racquet Club in Madaket.

These were heady times for developers and real estate brokers alike, with the Nantucket real estate market reveling in more than $1 billion in sales in 2004 and $1.2 billion in 2005 — $137 million of that in commercial property. The Nantucket Islands Land Bank collected just over $20 million in transfer fees in 2005 alone.

The island’s conservation organizations also secured some major purchases, including the Nantucket Conservation Foundation’s purchase of the 110-acre UMass Boston Nantucket Field Station for $22 million in 2004, the Nantucket Land Council’s purchase of a conservation restriction for Linda Loring’s 270 acres off Eel Point Road in 2004 for $14 million, and the Land Bank’s acquisition of the eight-acre Ottison property at 158 Orange Street in 2005 for $12.4 million.

All the while, Nantucket’s Planning Department worked at revamping the zoning bylaw, a process ongoing today, adapting it to development patterns playing out within antiquated zoning districts since the enactment of Nantucket’s zoning bylaw in 1972.

When the recession hit, it dealt varying blows to large commercial and residential projects. In subdivisions that were not tied up in neighborhood opposition legal actions and had installed those lots either did not sell, or the new owners could not afford to build.

Siasconset Hydrangea off Milestone Road is one such example; another is the 40B affordable housing development between Rugged Road and Scott’s Way. And yet, another is the 15-lot cluster subdivision Finback Lane between Bartlett Road and Somerset Lane. Major commercial developments lacking the funds to proceed or hitting other project delays included the Dreamland Theater, which endured two different owners and challenging permitting and fundraising obstacles before finally getting onto its current track, and the Point Breeze Hotel, whose owner Bob Matthews defaulted on his construction loan and left his resurrection of this historic hotel incomplete when TD Banknorth foreclosed on it in June 2009.

With the collapse of financial markets came the precipitous drop in property transfers on Nantucket, which meant that the Land Bank’s transfer fees, a two-percent tax levied on most real estate sales, dropped as well, leaving the Land Bank somewhat lacking the revenue musculature it had previously to protect open space.

The NCF, paying off the $22 million for the field station, had little buying power of its own.

Today, there are very few large parcels of vacant, prime upland parcels unfettered by wetlands.  The recent Land Bank/’Sconset Trust purchase one of the last remaining large pieces of such land. For its part, the Land Bank is borrowing up to $7 million toward the purchase.

The Land Bank, NCF and the island’s other conservation organizations will undoubtedly continue to work on acquiring these properties. But, in the meantime, the Land Bank is focusing on whatever scenic properties it can afford, such as its recent purchase of the 3.8-acre lot at Chaos Corner on Wauwinet Road overlooking Polpis Harbor, and other lots to link scenic parcels together such as those along Washington Street.

Vorce notes that, today, some commercial projects are sputtering back to life. New homes are being built in various subdivisions, including Ellen’s Way, Finback Lane, Gingy Lane and Siasconset Hydrangea. The Nantucket Community Music Center’s new home at 56 Center St. is under construction. Martha’s Vineyard hotelier, Mark Snider, who recently purchased the Point Breeze Hotel for $2.8 million from TD Banknorth had his renovation plan approved by the Planning Board on Jan. 19. Snider plans to open in time for this summer, and the Dreamland is on track to do the same.

This article was written by:

Review this years zoning articles to see how and if they will affect use and development of properties Island wide. 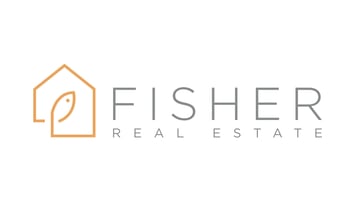